Adare Manor borrows its name from the nearby village of Adare, beloved for its delightful thatched roof cottages, lively pubs, and antique shops.

Sitting on the banks of the River Maigue, Adare overlooks the fording point from which the village derives its name: Ath-Dara meaning ‘The Ford of the Oak’.

The plans for the Manor House as it exists today were begun in 1832. Until then, the 2nd Earl of Dunraven and his wife, Lady Caroline Wyndham, lived in a Georgian house known simply as “Adare House” and built in the 1720s by Valentine Quin, grandfather of the 1st Earl of Dunraven. By the 1830s Windham Henry Quin, the 2nd Earl, was laid low by a crippling and painful case of gout. Once an active outdoorsman and now largely confined indoors, he was desperately in need of diversion. His wife encouraged him to immerse himself in the immense and complex task of transforming their home into a spectacular masterpiece modelled after the great houses and cathedrals of Europe, in the hopes that working on the plans would distract him from his ailment.

As it turned out, it was a magnificent and timely suggestion: the building of Adare Manor provided labour for the surrounding villagers during the terrible potato famine that devastated the country during the mid-19th century. The house was built to the highest standards of the day by talented local craftspeople, while the 2nd Earl travelled Ireland, England and continental Europe in search of architectural inspiration.

By the 1860s this grand project had transformed the family's seat—a typical Georgian mansion—into the romantic Neo-Gothic gem that is Adare Manor.

Undertaken in the same spirit of creative exuberance which inspired the Dunravens to build their magnificent Manor House almost two centuries ago, the recent conservation and restoration project at Adare Manor was a love letter to architecture and virtuosity. A profound attention to detail has underpinned every decision along the way, and our passion for quality craftsmanship is evident in every repair and enhancement.

The highly-skilled craftsmen and women who have worked on Adare Manor’s restoration over the last two years have applied their talents to every corner of the Manor House: from floors, ceilings and panelling to the chimneypieces, roof and windows. A total of 670 construction employees worked on a daily basis during the renovation work, and their immense cooperation has had spectacular results.

Masterfully designed, magnificently maintained, and perfectly set within the glorious estate of one of Europe’s most spectacular manor house hotels, The Golf Course at Adare Manor is ready to take its place among the best championship courses in the world.

Celebrated golf architect Tom Fazio has taken what was already an award-winning course and transformed it into a parkland paradise befitting a country in the top tier of global golfing destinations. The new course has been created in harmony with the outstanding natural beauty of its surroundings: lush, softly rolling terrain, mature tree scaping, and the sweeping banks of the River Maigue.

Each hole of The Golf Course at Adare Manor could be crowned the feature hole: each one has been entirely redesigned and reconstructed, with the very latest technology and course innovations, creating a challenging, characterful, and profoundly satisfying playing experience for golfers of every level. The final result is a course that is at once strategic and soulful, playable in all conditions, and future-proofed in preparation for premiere amateur and professional golf events. Cared for by an experienced, passionate team of devoted greenkeepers, the condition of this course and its velvet-smooth Pure Distinction bent grass greens is unrivalled.

BRIDES: Best Spas in Europe for a Pampering Escape.

Condé Nast Traveler: The 21 Most Romantic Places to Stay in the World. 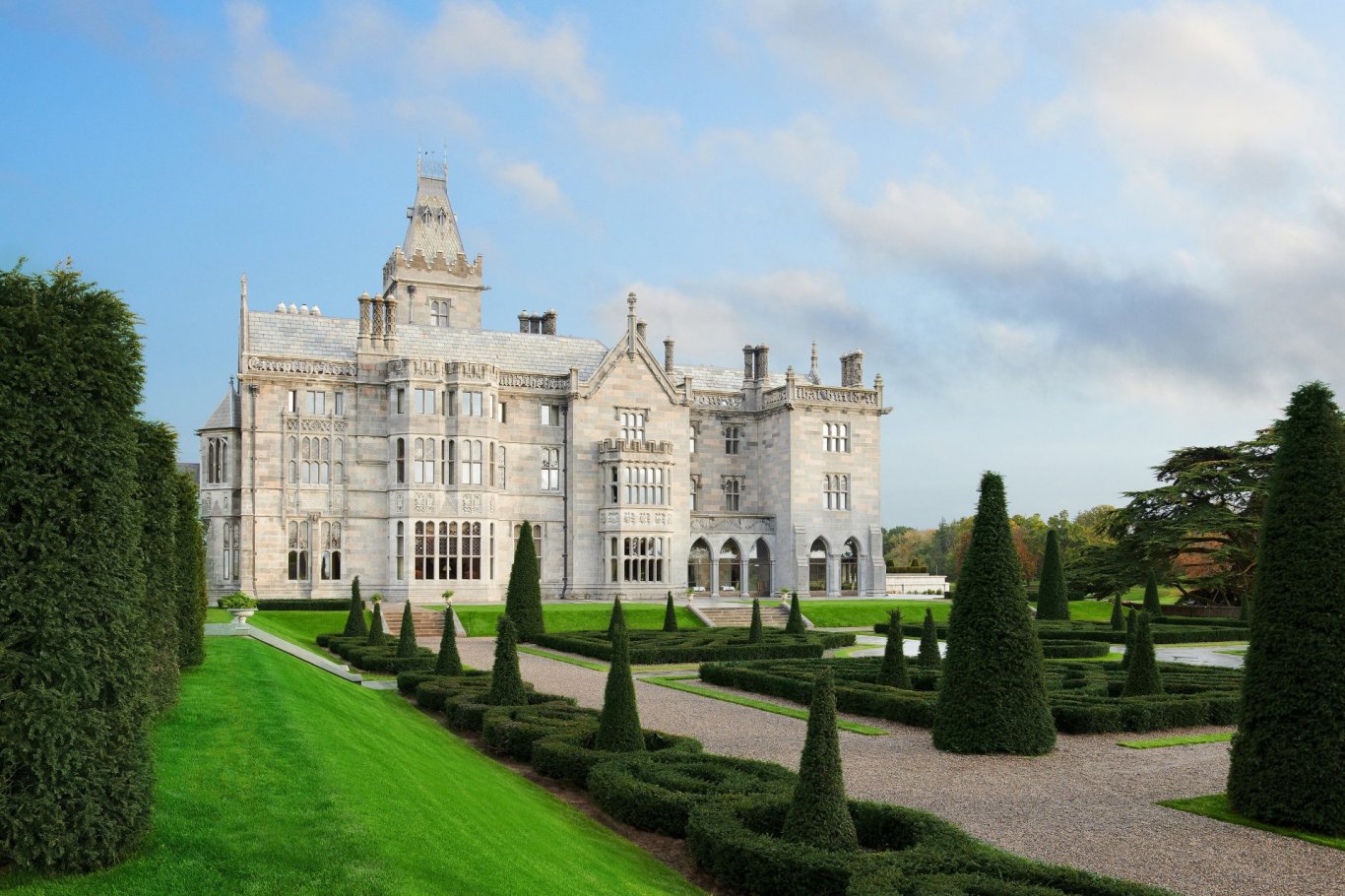 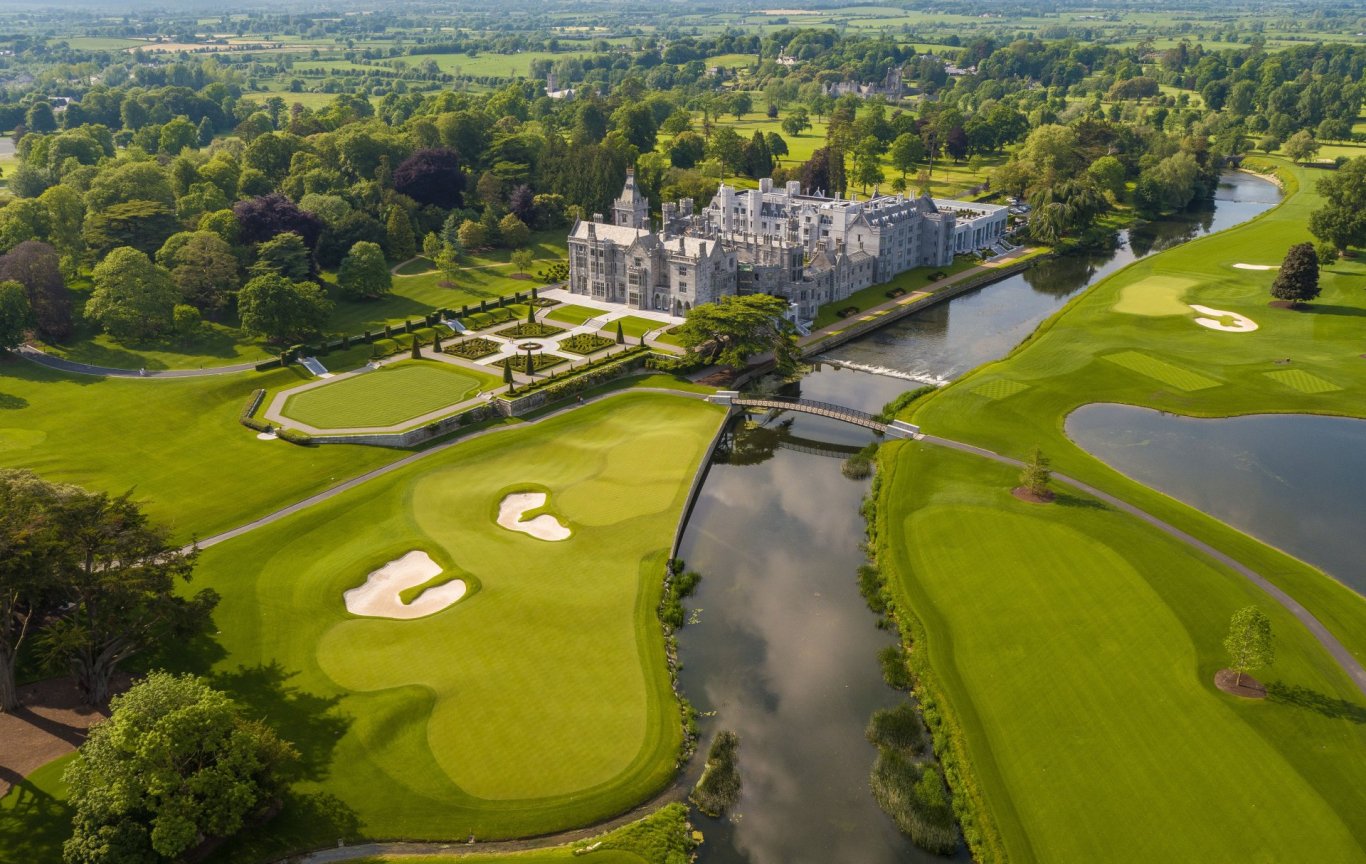 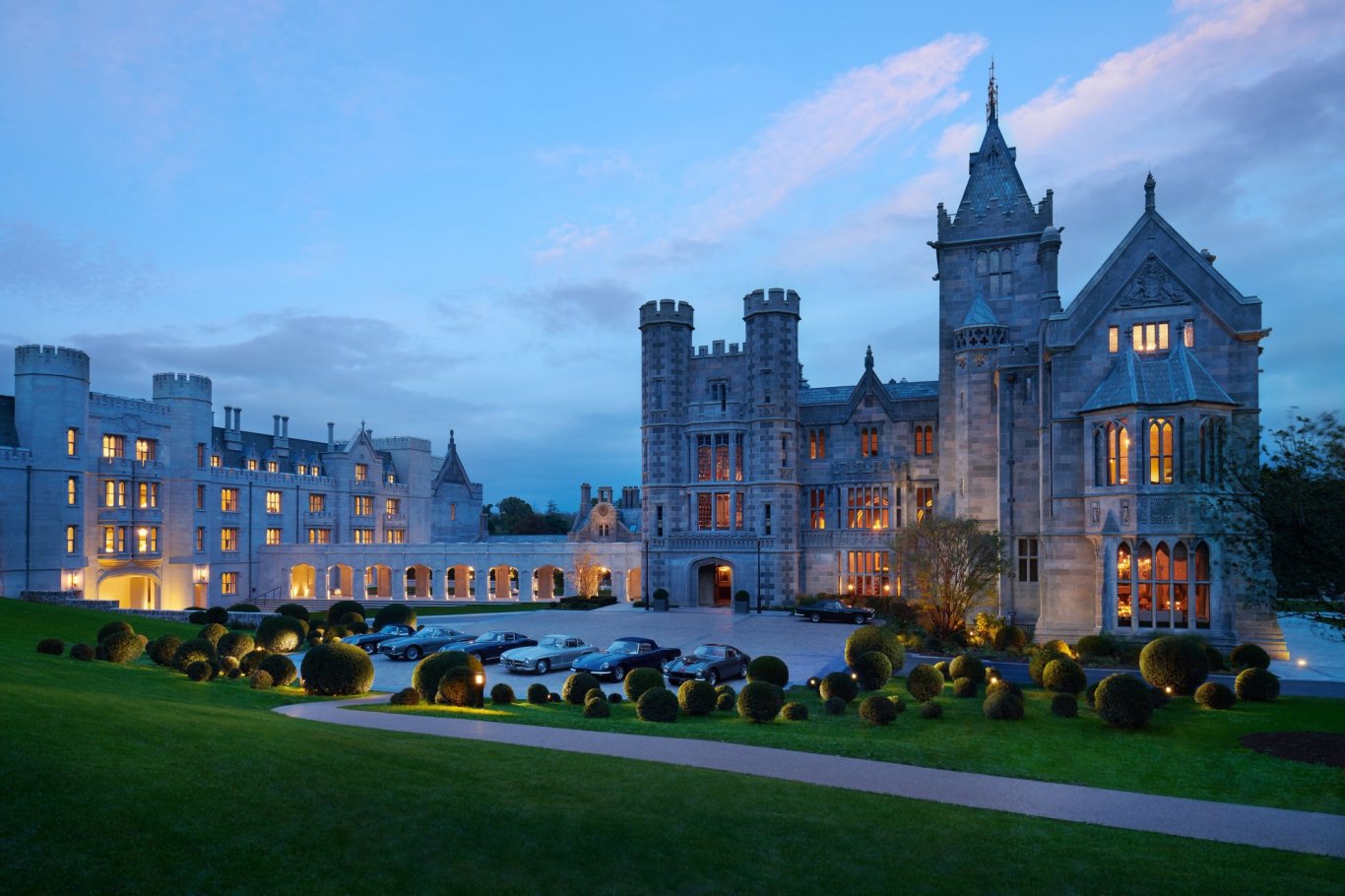 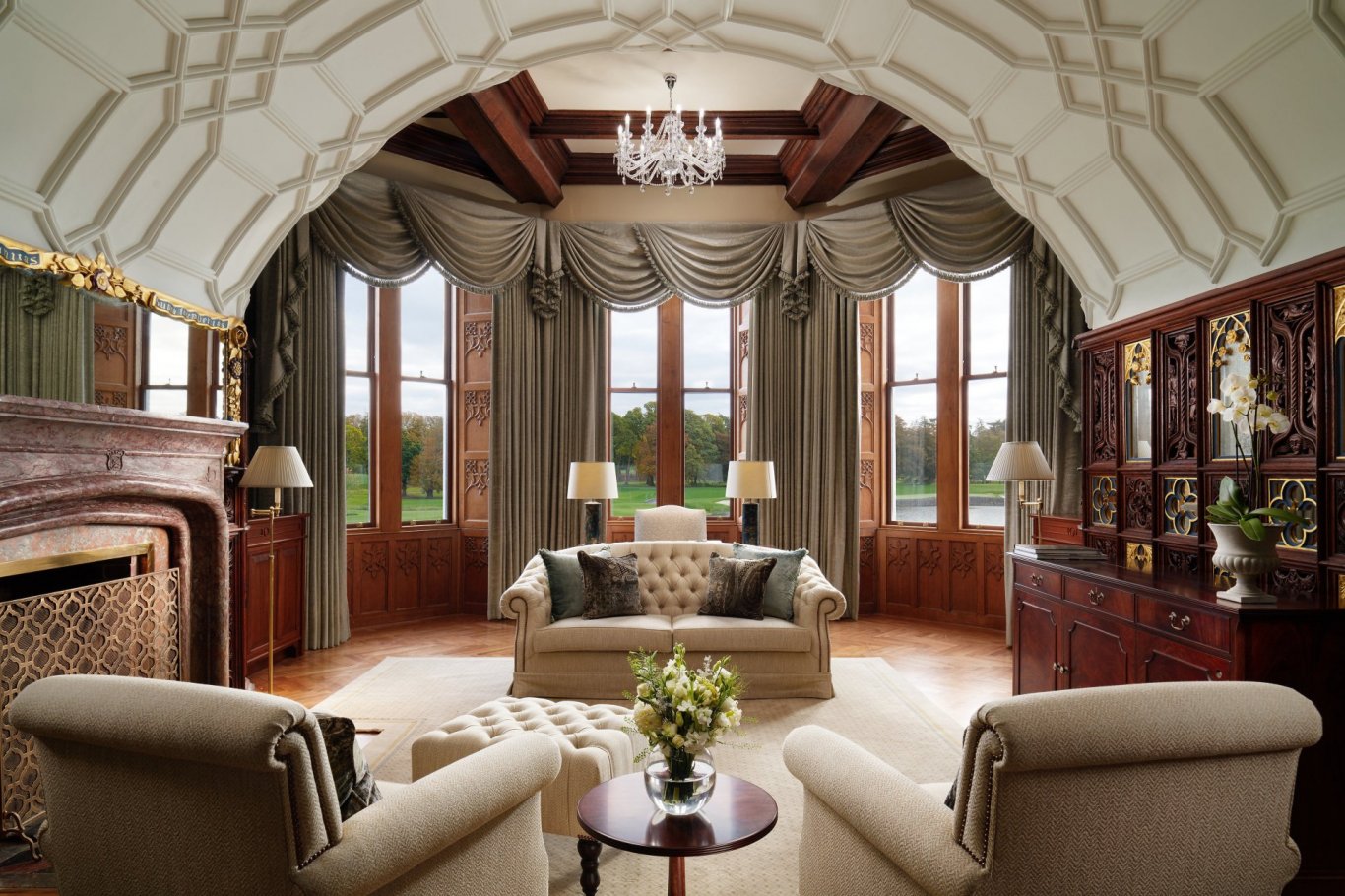 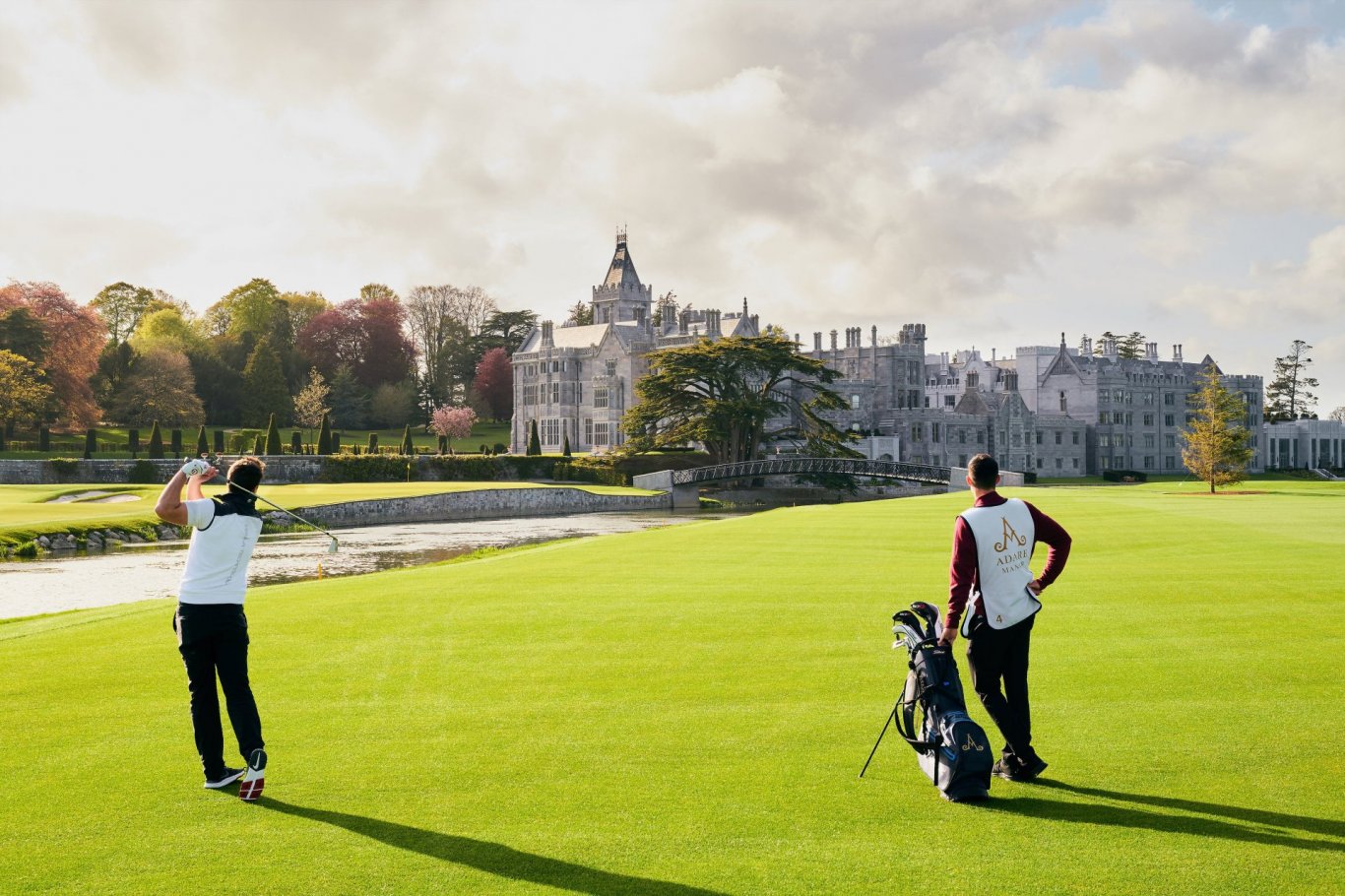 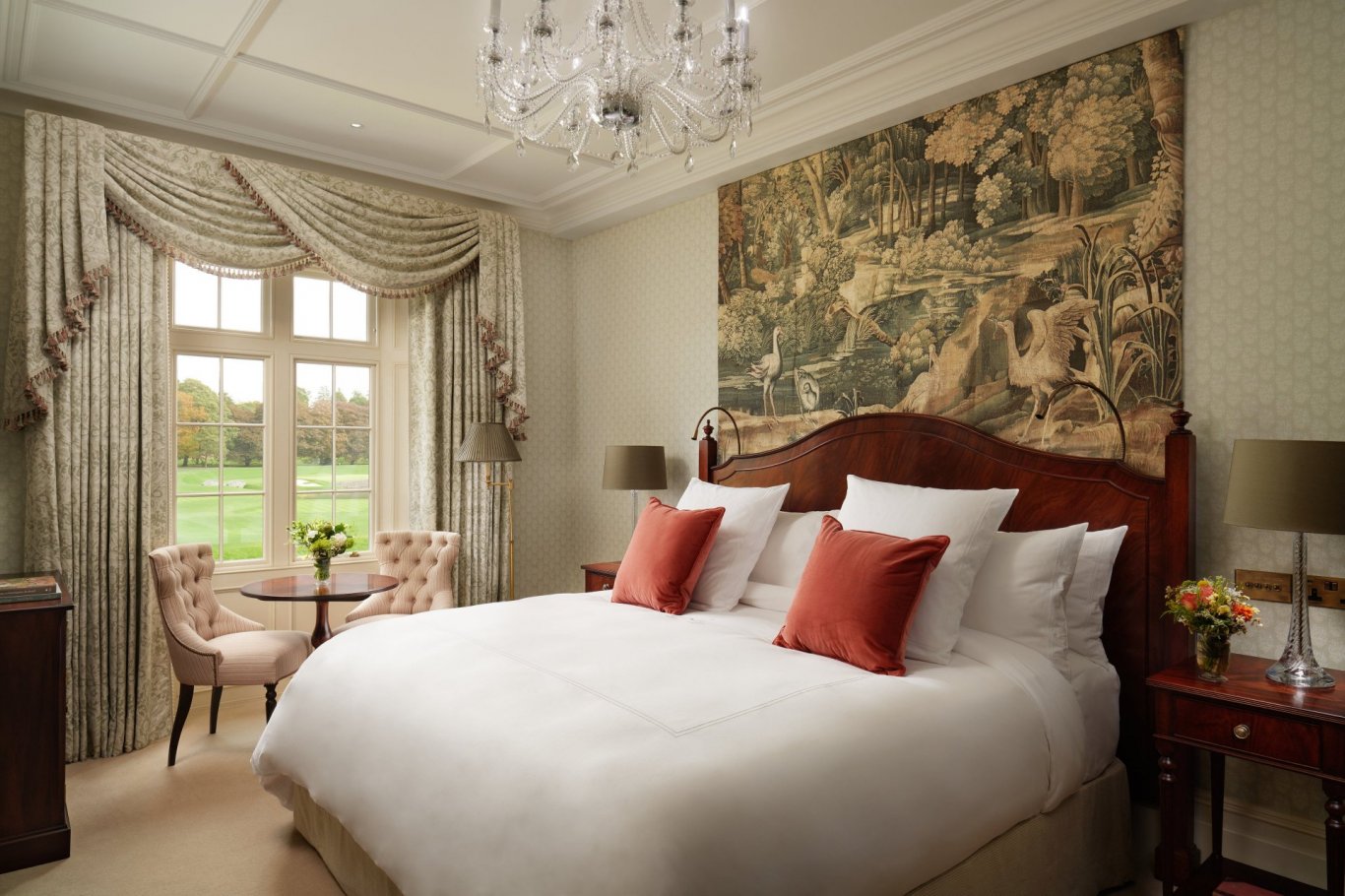 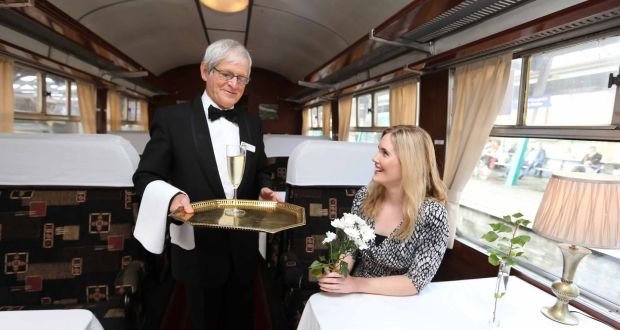 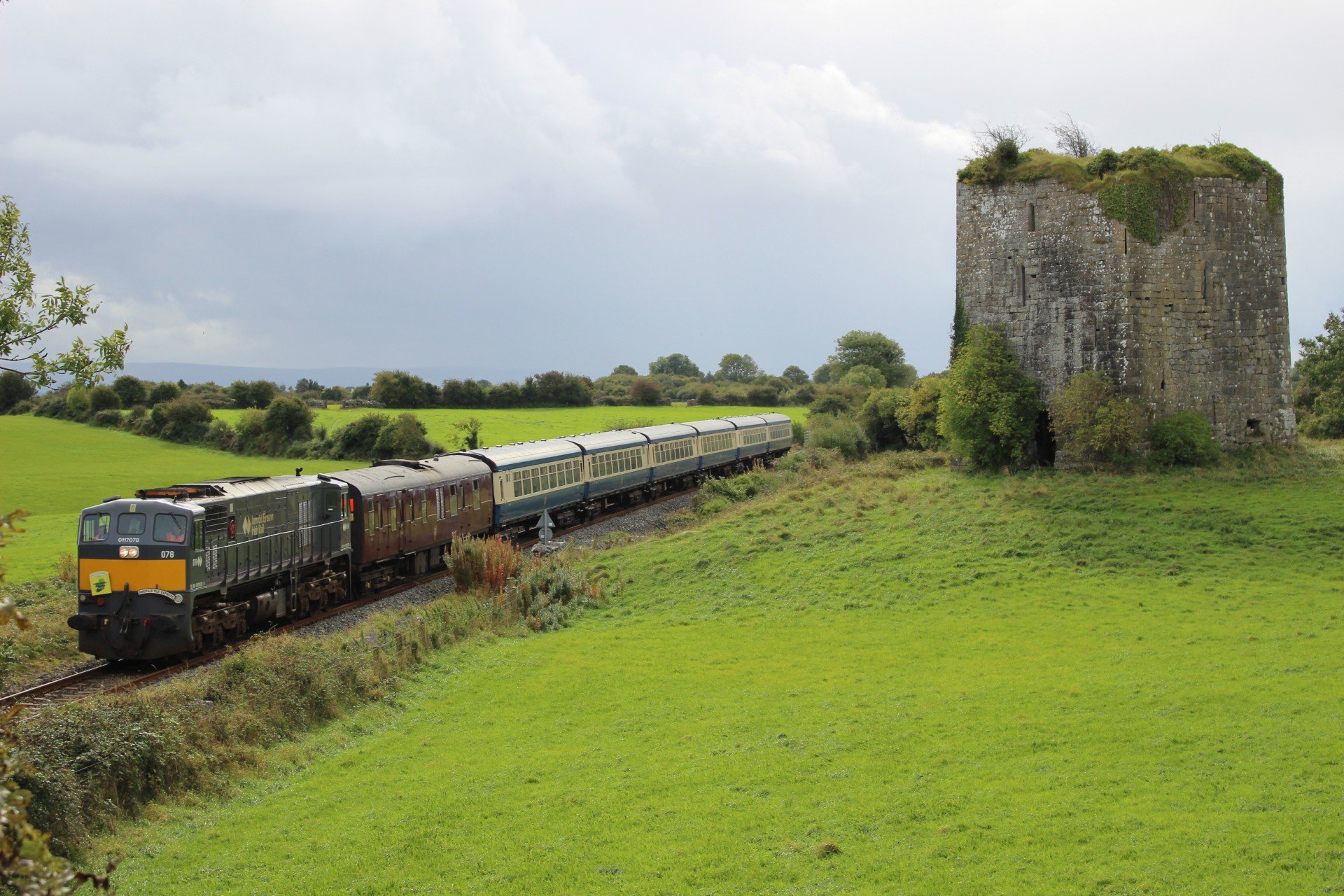 Limited to 50 guests, the Emerald Isle Express Tour, is a unique way to explore the glorious Emerald Isle this coming fall.